Even though heartworm’s are preventable, more animals are ending up at emergency vet in Springdale. With this disease, unnecessarily. The main problem is lack of education. 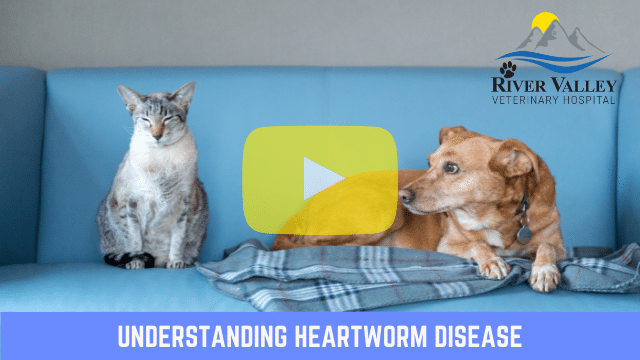 While there are more pets in America. Then ever before. Many pet owners are not taking their animal. To their veterinarian on a regular basis. Thinking that it is simply enough. To take their animals.

To an emergency vet in Springdale. Whenever they become sick. This is very dangerous, because they could miss. Getting some vaccination, or preventative medicine. That could keep them healthy.

And while most diseases, can be treated. That ultimately puts the animal at higher risk of death. As well as puts them through a lot more pain and suffering. Then they need to suffer from.

For example, heartworm’s are a parasite. That are extremely easy to prevent. But the fact that they are on the rise in America. Proves that people are not doing what they need. To prevent them in their animals.

Heartworm is a parasite. And like its name suggests, is a worm, that infests a cat or dog’s heart. While it is mostly dogs that get infected with heartworm’s. This does not mean that cats are unaffected.

While cats and dogs are often very similar in size to each other. Cats typically have a much smaller heart. Which makes it very difficult. For the adult heartworm to infect. However, if it does happen.

It typically is fatal in cats much earlier. Simply because it takes fewer heartworm’s. To stop the heart from pumping blood. And causes sudden death in felines more often.

And while many pet owners think. That it is very simple to take their pet. To an emergency vet in Springdale as soon as they have symptoms. The symptoms of heartworm disease is vague.

The symptoms can look like something that is not serious. And it can kill the animal faster than people can get them treated. This is why most veterinarians will recommend prevention.

Prevention is extremely easy. Both heart guard, and interceptor are medicine, in a chewable format. That can taste like a treat. And come and flavoured such as pork and beef.

In the animals that do, only half mild gastrointestinal upset. That come in the form of diarrhea, and vomiting. Some pet owners are okay with this. As they only need to deal with it once a month.

However, for pet owners who are unwilling. To give their animal and medicine. That makes them through up and have diarrhea. They can take a topical medicine. That is applied to the top of the pets head.

This topical medicine also provides 100% protection. Against this parasite. Without any side effects. Protecting pets can be easy. Once pet owners get the education they need.

Although emergency vet in Springdale recommends. That people prevent heartworm in their animals. Treatment can happen, but is expensive. And takes a long time to administer.

Once the animal has been infected with the larva of a heartworm. Also known as micro full area. The only thing that can cure the animal. Is a medication. That is does a hind to kill the adult heartworm’s.

This medicine is extremely strong. And can cause the animal themselves. To become sick. While the treatment is happening. They must undergo many different injections. Delivered intramuscularly.

Regularly, for months. Until the veterinarian is certain. That all of the heartworm’s have died. Because the heartworm’s will continue reproducing in the animals heart. It is important that they can continue the process.

Until the veterinarian is also certain, that the heartworm has not laid any eggs. Or that there are no micro full area. Still living in the animals bloodstream. The injections can cause many side effects.

Such as pain at the injection site. Causing the animal to become lethargic. As well as gastrointestinal distress. While the animal might experience all of these symptoms until the treatment is over.

Pet owners would all agree, but it is still preferable. To letting their animals suffer with heartworm’s, until they become fatal. However, many pet owners are still unaware. How there animal might have become infected in the first place.

And there is only one way. For a cat or dog to get infected with heartworm’s in the first place. They become infected, by being bitten. By an infected mosquito. Mosquitoes are either hatched.

They will transfer the microfilaria into the animals bloodstream. And while it is not specifically contagious. From one animal to the other says emergency vet in Springdale.

A mosquito that bites one animal in the house. That is already infected. And then bites an uninfected animal in the same house. They can transfer the heartworm larva to that animal.

This is why when pet owners. Come to an emergency vet in Springdale. Thinking that one of their animals has heartworm. The best scenario, would be to test all of the animals.

Would agree that prevention is much more attractive. They can make an appointment for their regular, or emergency vet in Springdale. To get a prescription of Heartgard or interceptor. Which are medications that will prevent heartworm disease from taking a hold of your pet.