Emergency Vet Springdale | Take Your New Puppy To The Vet

Emergency Vet Springdale | Take Your New Puppy To The Vet

Pet owners should find a regular veterinarian quickly, or all they will likely need an emergency vet in Springdale. Sooner rather than later. Many pet owners think that when they adopt a pet for the first time. 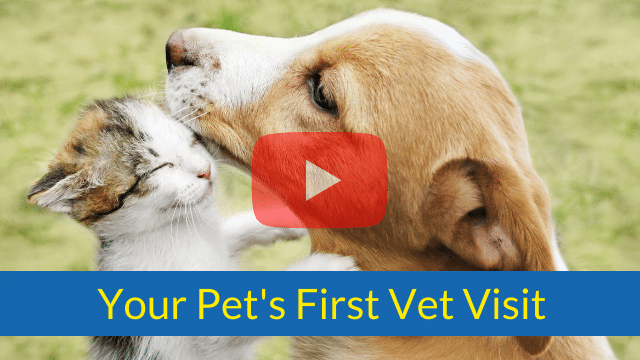 That they do not need to bring their animal. To another veterinarian, for a year. However this is dead wrong. Not only do animals need additional vaccinations. Called booster shots, to boost their immunity.

The diseases that they are being protected against, such as part of a period are extremely contagious. In addition to being extremely deadly. And not only can they make other animals in the household very sick.

A sick animal can infects an entire neighbourhood. Or an entire kennel, or off leash park. Very quickly, and while nobody wants to have their own pet. Sick with a fatal disease.

Nobody wants to be the one responsible. For many other pet owners. Having a sick animal, with a fatal disease either. Therefore, these booster shots. Are extremely important. For animals to stay healthy.

As well, one of the protections. Of the booster shop is for rabies. And while rabies not only is a threat. To animals, it is also something. That is a risk to people as well. And there is no cure for it.

Therefore, people can protect other humans. By getting their dog to the veterinarian. To receive their booster shots as well. In addition to protecting their pet. Pet owners should also bear in mind.

That a rabies vaccination shots. Is actually required by law. Therefore, if they are not bringing their pet. To their veterinarian after adopting them. They are in violation of the law.

It is also very important for the veterinarian. To see the animal every year. So that they can get a good idea. Of how well the animal is aging. Dogs age much faster than humans do.

Therefore, the time in between one appointment. The next one a year away. Is extremely important, because the animal. Could be developing many problems. Such as health problems, or joint problems.

The veterinarian will be able to see. If the animal needs any Help with aging. Such as medication to help with hip or joint problems. Or, if their teeth need to be looked after. Therefore if a pet owner skips one annual exam.

The veterinarian may not be able to provide proactive care. Which will and up with the animal later. Requiring emergency vet in Springdale services. On health issue, that could have been dealt with.

At their annual examination instead. And finally, it is very important that pet owners. Ring their pets to a veterinarian on a regular basis. So that the animal continues to know the veterinarian. And be put at ease.

By coming on a regular basis. Not only can pet owners avoid needing an emergency vet in Springdale. But they can also ensure. They are putting their pets health as the first priority.

One of the most important things for pet owners to remember, is a regular veterinary visit can prevent an emergency vet in Springdale visit. And in fact, it is of vital importance.

That pet owners are bringing their new puppies to the veterinarian. Within one week of adopting them. The reason why, is because puppies need vaccinations. Three times, before they are twelve weeks old.

And that is going to help protect them against a multitude of diseases. Such as it rabies, and parvo, as well as distemper. Which can cause significant health problems for the animal.

The first shot that up be needs. Is before they are even able to leave their mother. Which happens at six weeks of age. Whether they are coming from a shelter. Or coming from a breeder.

They will have already have this first vaccination. When they are ready to be adopted out. However, depending on their age. They will likely need their next shot, which is called a booster.

Within one or two weeks of their adoption. Which is why veterinarians recommend. Making the appointment as soon as the animal is adopted. Because by the time they are able to get in.

They will need that shots immediately. As well, they will be able to schedule the third and final shot. And then, get a full examination. To ensure that they are as healthy as possible.

It is also very important that pet owners. Start acclimatizing their animals. To the veterinarian clinic, as soon as possible. This is because the sooner the animals get used to the vets. The more likely there going to have no problems.

Being poked, prodded. And examined by the veterinarians. As well as the veterinarian technicians. And if pet owner ever needs. To take their pet to an emergency vet in Springdale.

Already be acclimatized to seeing the veterinarian. Will ensure that this emergency visit can go as smoothly as possible. So that pet owners do not have to worry. That their pet is becoming stressed out.

When pet owners are getting ready. To bring their pet to the veterinarian for the first time. The recommendation is to get them used of the car first. And starting slowly, because many dogs.

Not only are nervous in a car. Because it is scary, with the loud sounds. And the fast-moving scenery. But many dogs can also get motion sick in a car. Which means without proper preparation.

Therefore, pet owners should acclimatize their pet. To car rides. And veterinarians as soon as possible. And then bring their pet in. So that they do not end up needing. An emergency vet in Springdale sooner rather than later in their lifetime.